Mining and smithing are skills that can complement each other, and can be a productive way to make money. Since this is my main skill recommendation, I will be more detailed in this article than in other skill guides. It doesn’t have a huge reward at lower levels, but the income is steady. Mining and smithing are actually separate skills. It is normal that a person who does smithing is a miner too, but players can also choose to do mining on its own. 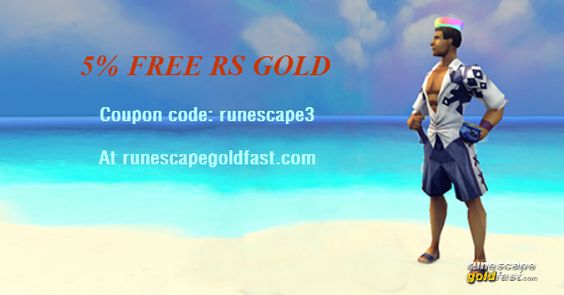 Mining is where players obtain ores from rocks using a pickaxe. Players can mine and sell their ores. Ores can trade very well if another player is buying lots of them for skill leveling. Click here to learn more about the different types of ores. However, most players complement mining with smithing as well, at least until they get up to smithing steel bars.

Smithing may be the most profitable skill in the whole of RuneScape if you’re willing to edge it out to make the strongest products. Smithing can be completed without mining, but a player would then need to buy runescape gold, which would be quite expensive. Smithing is actually split into two activities. The first part is smelting. Smelting is putting ores into a furnace, making a bar of whatever materials were put in, e. g. tin and copper ore make a bronze bar. Click here to see all the different kinds of bars you can make. Smelting gives you smithing experience. The other part is smithing. The metal bar made in smelting is put into an anvil and made into armour, weapons, etc. As you would have been taught on Tutorial Island, you need to bring a hammer with you in order to use an anvil.

Mining and smithing together can create a solid income because you do not have to rely on other players for trading. You can simply sell the products you made to their specialist stores or to the Grand Exchange for a good profit.

When your mining level gets higher, you should purchase a better pickaxe. Stronger pickaxes allows players to mine ores faster. The specialist shop is Nurmof’s Pickaxe Shop (), located in the Dwarven Mines. They even sell rune pickaxes. It is possible to purchase better pickaxes for cheaper prices from the Grand Exchange as well as sell pickaxes you no longer need for higher prices than the specialist shop will offer you.

To be able to wield stronger pickaxes, you must have a high enough attack level. To be able to mine with certain pickaxes, you need to have or be over a certain mining level. Click here to learn more about pickaxes, including their prices and types.

Training your mining and smithing levels

Now, I will detail how players can train their mining and smithing. The time chart I use is directed to mining level, as players will more likely mine, or mine and smith, rather than doing smithing on its own.

Some players advocate dropping ores in an effort to increase your mining level faster. If you are going to do this, you should drop your ores after you mine 1-4 because otherwise your hand will have to complete the arduous task of 56 fast clicks! I recommend banking your ores, because you can sell the ores later for a profit or you can smelt it into bars.

Note: The number of rocks of a particular metal, which I say are in particular mines, may need updating.

First of all, I suggest you take the Rune Mysteries Quest so you will be able to mine rune essence. Rune essence can be mined at mining level 1 and each essence is worth about 20 gp. Click here for my guide on mining rune essence. Mining rune essence will provide you with some extra mining experience on the side.

Now you will begin mining copper and tin ore. They both give the same amount of experience. The best mine to do this is probably the mine southeast of the east Varrock bank. If you don’t know where that is.

If you would like to smelt the copper and tin ore that you mine, you will have to find a furnace. There is no furnace in Varrock, so the closest furnace would probably be in Lumbridge. Use the spell “Lumbridge Home Teleport”, which you can do at level 1 magic with no runes, and walk north and you will see the furnace. It’s surprisingly close to the teleported area. You can bank the bars you smelt on the 3rd level of Lumbridge Castle.

To smith the item, you can use the anvil south of the east Varrock bank. I think you should already be pretty familiar with that area. You can sell the items you make to their specialist stores, e. g. a bronze sword to the Varrock Swordshop or a bronze platebody to Horvik’s Armour Shop. If there is no specialist store for the particular item you made, it is more time efficient simply to sell it to the general store.

At combat level 15-20, players should take on the Knight Sword’s Quest (see below).

The Knight’s Sword is a quest which gives players massive smithing experience. I suggest any player who is pursuing to level their smithing to take this quest because doing the quest isn’t particularly difficult. If you have smithing level 1, you can almost smith full iron after the quest.

The Knight’s Sword quest is one of the harder F2P quests. However, the quest mainly involves walking. The hardest part of the quest is where you have to go into the Asgarnian Ice Dungeon. This dungeon is also known as the blurite mines dungeon, the ice cavern, the ice cave or the blurite cave. You will have to mine blurite ore, but you have to avoid being killed until you have the ore. You need level 10 mining and a pickaxe in order to mine blurite ore. There are level 57 ice warriors and level 53 ice giants that will attack you unprovoked, so be ready to run. Note that you retain the ore if you are killed and only have your pickaxe with you, so it’s not all that dangerous.

Some of the other items required are a redberry pie and two iron bars. If you don’t want to go through the trouble of making these items (which requires cooking and smithing), simply buy them from the Grand Exchange. Redberry pies sell for around 245 gp and two iron bars are about 200gp. Click here for a comprehensive walkthrough on the Knight’s Sword quest.

At around mining level 20, you would want to upgrade to mining iron. You should also be wielding a mithril pickaxe at mining level 21.

If you want to bank the ore, the best place is probably the mine southeast of the east Varrock bank again. There are only 4 iron rocks, so the mine can be crowded, but mining iron gives quick experience, so they make up for each other. Again, you can teleport back to Lumbridge in order to smelt the ores and then walk back up to Varrock to smith them into items.

If you don’t mind dropping the ores, you can go to the Hobgoblin Mine in the wilderness. Bring only a pickaxe and a weapon as hobgoblins will attack you for a little while when you are there. You will only lose iron if you die, so it should be fine.

At combat level 29, the best place to mine is in the Al Kharid Mine. The reason I said combat level 29 is because the level-14 scorpions there will ignore you. If you are more than double an aggressive monster’s level, then the aggressive monster will ignore you. Otherwise you risk getting killed in the process of mining. The Al Kharid furnace is southwest of the mine. The bank is very close to the furnace, making this mine especially useful to smithers.

At mining level 30, players can mine coal. Coal is a very important resource as it’s required, in increasing amounts, to make steel bars, mithril bars, adamant bars and rune bars. Coal can be mined in a whole range of places, but since it’s in high demand, it is normally crowded. Mining coal will certainly give lower experience, although coal can be sold for a much higher profit than iron ore.

It is hard to suggest wilderness mines because players may get killed by revenants. There are 27 coal rocks in the Hobgoblin Mine.

You can mine mithril ore. There are 2 mithril rocks in Al Kharid and the Dwarven Mine. There are 8 at Crandor Isle. In addition, there are 5 rocks at the Lumbridge Swamp South-West mine and 5 in the mining guild (only for level 60 miners).

In the wilderness, you can find 19 mithril rocks at the Hobgoblin Mine.

Joining the mining guild is a good idea now. You can make lots of money by mining the 37 coal rocks in the mining guild and selling them at the Grand Exchange or to other players. An estimate price of a full inventory is 4564 gp.

With a mining level of 70, players can still mine coal, but they can also choose to mine adamantite ore. Adamantite ore can take up to 6 minutes in order to respawn. Adamant rocks can be found in the Dwarven Mine, Al Kharid mine, Crandor Isle mine, Hobgoblin Mine, Lumbridge Swamp mine and a few other places.

The Hobgoblin Mine in the wilderness has the most adamant rocks, but it can be dangerous there.

You can finally mine runite ore! This is the best ore you can mine in RuneScape. For free players, the only place you can mine runite ore is in level 46 wilderness. The area is slightly above the Lava Maze. It can be very dangerous in the wilderness as there are revenants. Players will make quite a bit of money if they’re patient enough to mine this ore.

Now visit runescapegoldfast.com for more latest RS news. All   RS Gold, use the coupon code ‘runescape3′ get more 5% free. If you are in need of  runescape account could use the 5% off code ‘runescape3′ also. Hope you have a good time on Runescape.